Things would have been different for the Toronto Real Estate Market if Covid-19 never happened!

Since I have been tracking the Toronto Real Estate Market and trends for the past 28 years, I cannot help but wonder…had COVID-19 not happened, would this year have ended the same way with 6 record-breaking months in a row??
My answer is... probably not.

The year 2020 began the same as 2017 with the second-lowest inventory in February ever. March was trending the same way and then Covid hit, resulting in two slow months: April and May. Ever since then, we had been playing catch up and then some. For the sixth month in a row now, home sales were up again year-over-year in the Greater Toronto Area (GTA). 2020 ended with the average price in Toronto at $929,699 which was +13.5% compared to 2019. At year's end, 95,151 sales were reported through TRREB’s MLS® System, with +8.4% more homes sold than in the previous year! 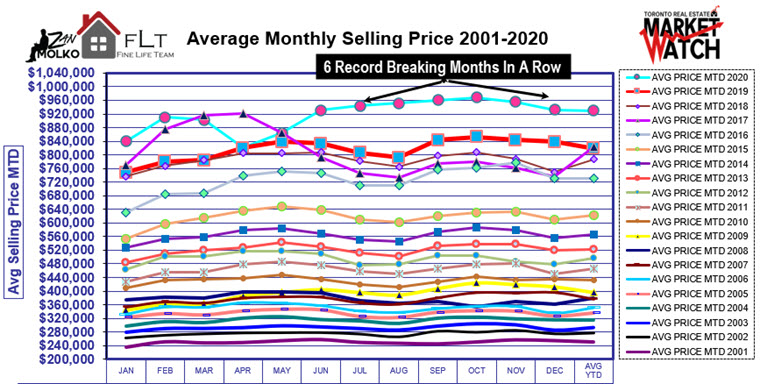 Keep in mind that the Toronto Real Estate Market (essentially the Greater Toronto Area GTA) has been in a sellers’ market for 21 years having just two very short periods of buyers’ markets measured in mere months. My contention is that many sellers had decided not to move simply because of the uncertainty brought upon by Covid. Had Covid not happened, sellers very likely would have been more motivated to exploit the higher prices brought on by limited supply at the year’s onset. And eventually, when enough people had jumped on the bandwagon, inventory would have increased followed by a lowering of prices (which is exactly what happened in the latter half of 2017).

I believe that no one truly understands the state of the Canadian Economy, let alone the GTA. The government has been spending money like water and creating policies on the fly to try and adjust to the evolving health crisis. We have witnessed a huge transfer of wealth and services. Some sectors of the economy have been booming and others have been decimated and or are struggling to survive. I recall at the beginning of the pandemic being amazed at just how quickly and how in abundance Plexiglas appeared everywhere I went. I could not fathom how we had that much available, and by the same token, I have seen businesses just pack up and close their doors.

So, it is no surprise that I am often asked:

HOW COME THE TORONTO REAL ESTATE MARKET APPEARS TO BE BOOMING?

There are several factors. Even after 20 plus years, we have not yet answered the housing shortage, and this is unlikely to change in the foreseeable future.

Inventory is at an almost all-time low and mortgage interest rates are at historic lows. While Inventory improved, it has been outdistanced by sales due to the pent-up demand. Throughout the past six months, even during the lowest volume periods, the ratio between “for sale” and “solds” remained the same. Prices are being driven upward by the demand for single-family homes, rural, and recreational properties. We have witnessed a trend of moving to the suburbs, the need for extra space to work from home, and a desire to move away from a strictly urban setting. Disposable income formerly spent on vacations and entertainment is being re-allocated to home improvement and larger homes. There is speculation that this move to working from home will not shift even after the pandemic is under control. 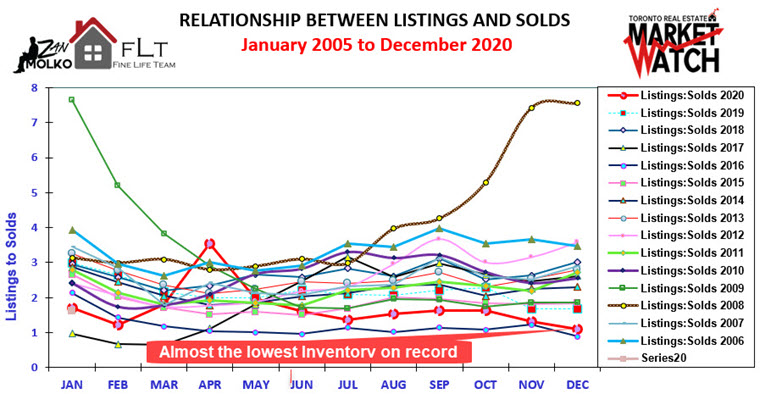 The federal government has a lofty goal to significantly increase immigration, thereby adding demand to an already challenged housing supply. At least 45% of the new Immigrants come to the Greater Toronto Area. All this with a caveat that not all areas and neighbourhoods are the same. There are always communities that have not experienced the same demand and or increase in pricing. Only the condo market and mostly downtown area has experienced a softening in demand due generally to limited Air B&Bs, fewer students requiring accommodation, and a substantial reduction in new immigrants requiring a place to live. There is strong opinion that this is short-lived and that once the impact of vaccinations has contained the spread of the virus, a return to normal patterns will evolve. That is, of course, provided the whole economy does not collapse. Today I would like to take the glass is half full approach and yet be mindful of what appears to be a crack in the glass.

To understand how this may affect your 2021 Toronto Real Estate plans, feel free to take advantage of a complimentary no-obligation consultation HERE