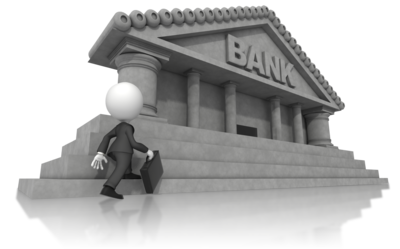 actually everywhere... they keep asking don't you have one of those bank-owned properties or power of sales? Truth is that yes we do. But they are often not what you may think they are.

Everything in real estate is market-driven. When inventory is short, demand is high and every property draws attention, particularly if several buyers think they can get a deal. Supply and demand will dictate that the property will likely sell for more than asking.

So why are bank-owned properties or in Canada more often known as "Power of sales", so sought after?

This situation generally arises when the owners are not able to pay their mortgages, are in arrears and the bank after following legislated rules, intervenes to mitigate any of their damages. Under the rules, banks have to attempt to get fair market value, usually for the first 30-90 days. The property is sold off to cover arrears and expenses and the banks do not make money on these sales, they just re-coup their costs.

Contrary to what most people think, the banks are not in the business of owning houses, and they are required to "prove" that they did everything possible to attain fair market value, as the original owner receives whatever equity is left. Consequently, they're not always the deals people think they are.

Then there are the rules that the new buyer is forced to agree to.

The property will be sold "As is". There will be no warranties, nor the ability to go back to the bank if you find something wrong with the property after closing. There are typically non-negotiable schedules required by the financial institutions to be included in the offer that makes the buyer take all the responsibilities for the property on closing.

If the former owner stopped paying their bills, do you think that they are in a position to maintain the home in good condition? Often times the stress and the disappointment of losing a home cause people to strip the home of appliances and fixtures and even prompt willful damage leaving unwelcome surprises for the new owner.

In dealing with the banks in these situations it has been our experience that the legal clauses are unusual and uncommon, requiring the buyer to incur additional legal costs and long delays in the processing of the offers.

And for the biggest surprise of all, the schedule included by the banks will include a clause that states if the owner makes good on the arrears and pays all the money owed to the bank prior to closing, they get their house back and you have nowhere to live.

This doesn't happen often, but can you imagine having all of your stuff packed, your house is sold or you've given notice to the landlord, and that house you thought you had is no longer yours on the day before it's supposed to close! Risky business? So in summary, what you think is going to be a super deal may turn out to be a nightmare. You may very well find better opportunities and even "deals" elsewhere.